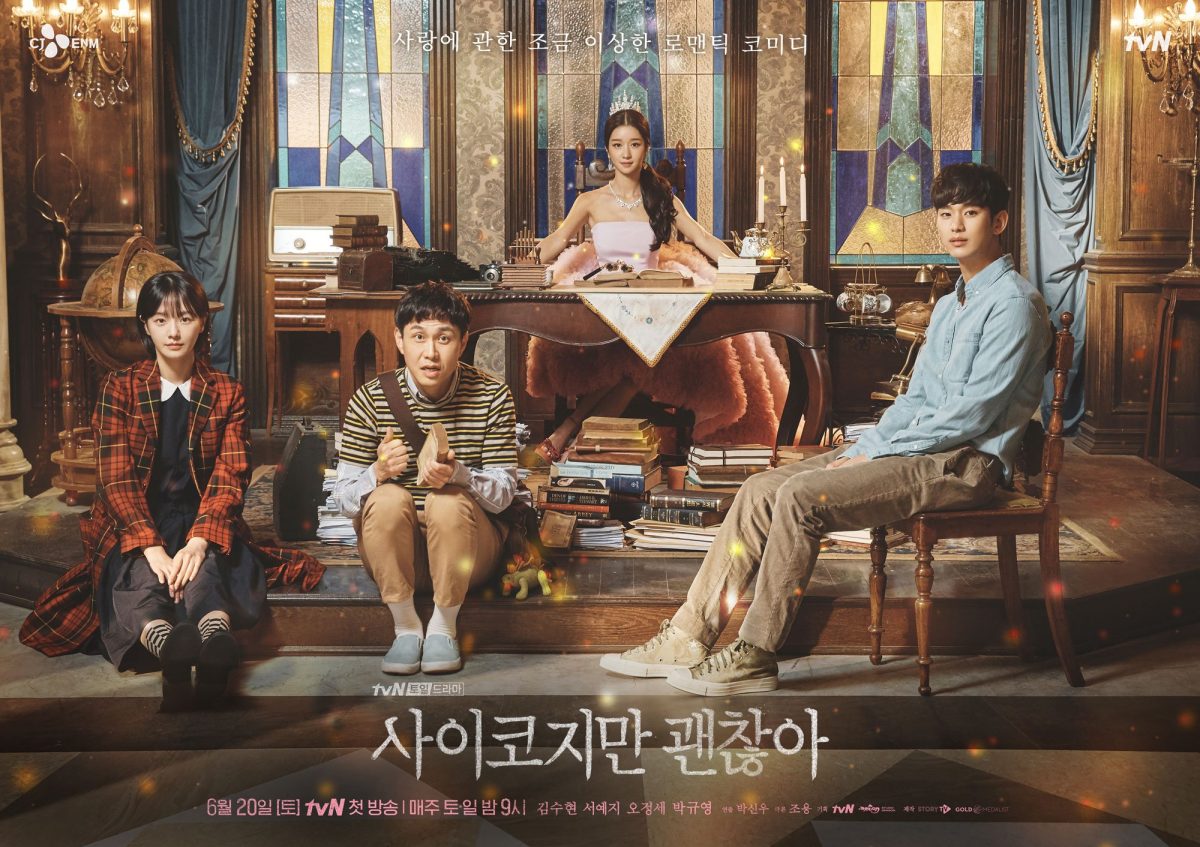 It’s Okay to Not Be Okay (사이코지만 괜찮아) just ended last Sunday *round of applause*. At first, I decided to wait until 16 episodes to finish and binge-watching all of it at once. But, when I saw sneak peek on Twitter, I decided to get started once and for all!

Even though it’s not the only K-drama that talks about mental health, but I think everyone agreed that it’s one of the best K-dramas that aired right now. For me, it is, after Itaewon Class! That’s why I decided to write about 5 lessons that I learned from 사이코지만 괜찮아.

1. Don’t judge a book by its cover

When Ko Mun-Yeong (Seo Ye Ji) pop up on the first episode, I kind of saw it that she has no expression like an empty can, and it add mystery to it. The same goes for Moon Gang-Tae (Kim Soo Hyun) and Moon Sang-Tae (Oh Jung Se), where they need to move out every year due to Nabi (나비 – butterfly), but why?

When more episodes are getting aired, I started saying things like, “Oh, that’s why they react like that.” and getting drawn to it.

Everyone in this drama has their own traumatic experience that they need too faced and we, as a human, shouldn’t judge a book by its cover. They may act strong, but we never know what’s inside their heart.

2. You belong to yourself


“Moon Sang-Tae belongs to Moon Sang-Tae. I’m not yours. I belong to myself.” – It’s such a simple quote, but it hit me with a realization that no one owns you. You belong to yourself, and you are responsible for your happiness.


The first time I heard this was during Episode 6 when Sang-Tae signed a deal to become an illustrator for Mun-Yeong. He said himself that he wants to be an illustrator, but Gang-Tae rips the contract that they signed. Then, Sang-Tae got so angry that he beat his brother because basically someone controls him from doing what he loves.


Whenever you tried to do something terrible, it’s time to take a deep breath to keep yourself calm. On Episode 1, Gang-Tae calm Sang-Tae down when he rushes out to go to his hospital because Mun-Yeong will be there for the book reading. Then, on Episode 2, after Mun-Yeong push the journalist down the stairs, Gang-Tae said:

4. You’re not responsible what others doing


I could say that Mun-Yeong’s mother, Park Haeng-Ja (Jang Young-Nam), is a psycho person because she treats her daughter like items.

But, Mun-Yeong once said: “No matter what happened, she is still my mother.”, which is applause for that. It also indicates that she is not like her mother. She changed into a better person after she met Gang-Tae and be around with the right circle of friends. But, she still feels guilty because Haeng-Ja murdered Gang-Tae’s and Sang-Tae’s mother.

How Gang-Tae reacts to reality is indeed acceptable. He is allowed to feel angry, sad, and betrayal. But, it’s not Mun-Yeong fault, her mother did that, not her. So, you can’t sacrifice your happiness and be guilty of what other people doing. It’s not your wrongdoings even though they have bonds and relations with you, especially when you didn’t know any of it.


The title itself summarises the whole drama.

You’re a human being. You’re allowed to feel and show emotions when you’re happy, sad, or even angry. Gang-Tae may look like a strong person, but inside he has tons of doubts and not satisfied with his life. It’s bad because, in the end, it will take a troll on yourself. If you’re not okay, please don’t hold it by yourself and be around others, you will get through it. 😊

Besides these 5 lessons, we can gain more than this, and I would love to. know yours too! Make sure to leave on the comment down below what experiences that you got from It’s Okay to Not Be Okay drama.

It's Okay to Not Be OkayK-Dramas